Give to Fundación Cóndor Andino

The Biodiversity Group is proud to offer fiscal sponsorship services to a network of conservationists across the globe and charge one of the lowest affiliation fees in the industry at only 7%! This is half of what most fiscal sponsorships charge which allows us to operate sustainably and even provide democratized resources to our sponsees that they would otherwise not be able to afford. A true win-win!

Donate through TBG to Fundación Cóndor Andino and it’s 100% tax-deductible!

Fundación Cóndor Andino, Ecuador, is an Ecuadorian NGO, created in 2018 to give continuity to our Andean Condor Research Project, which began in 2012. Our organization focuses on understanding and conserving endangered species and ecosystems in Ecuador-one of the most biodiverse countries in the world. To do this we focus on highly endangered or emblematic species that can be considered “umbrella species”. This is a species that by understanding and conserving it we can understand and conserve the ecosystem where it inhabits and all other species that share that environment. 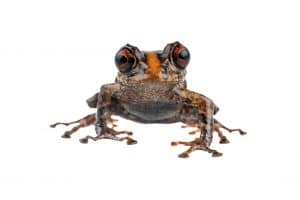 Honor Someone You Care About
Make a Donation in Their Name

Just email us the name and address of the recipient, and we’ll send them a personalized letter of thanks.