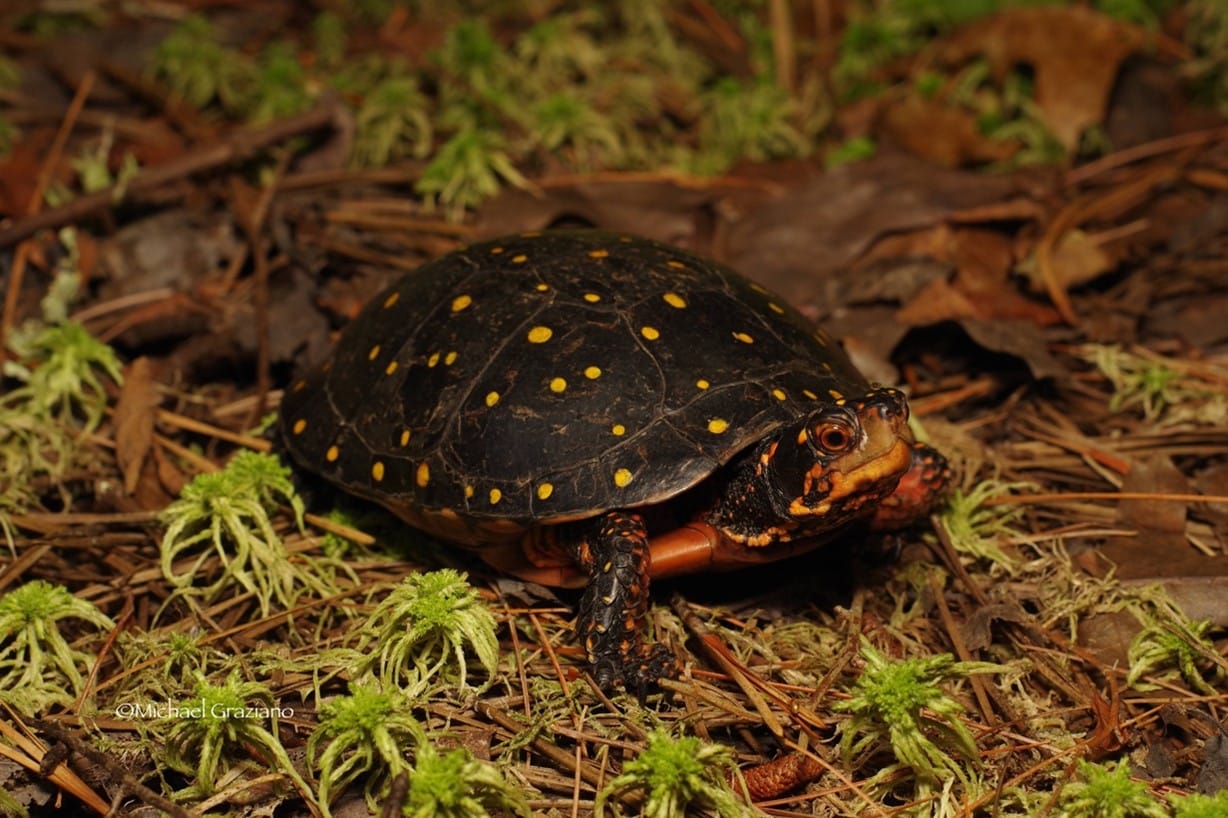 Spotted turtles (Clemmys guttata): they’re instantly recognizable, charismatic, and have been the focus of many a hobbyist, conservationist, and scientist. Across their range, many areas have been set aside and protected simply because they occur there. They’re high profile and are protected by most states, and yet, they continue to decline and have an uncertain future in many areas. While they may not seemingly be a candidate for Life Overlooked, there is something missing from what should otherwise be viewed as a success story. So, what is it?

Let’s begin with some general background information on our focal species. Spotted turtles have a range that extends from Florida along the Atlantic coast north to Maine, and west to Illinois along the Great Lakes.

Across that range, you’ll find them inhabiting everything from ephemeral wetlands, floodplain marshes, streams, man-made ditches, swamp forests, cranberry bogs, calcareous fens, wet prairies, and even bodies of water that can only be described as polluted (see below). Herein lies dilemma:  these are mobile animals that use a variety of habitats throughout their life history. It may seem odd that a four-to-five-inch turtle would be so prone to live a nomadic life. Not only is it accurate, but this mobility has largely been a secret to their success. During the most recent glacial period – the Wisconsin glaciation  – which existed until approximately 11,000 years ago, much of the current range of spotted turtles was beneath a sheet of ice 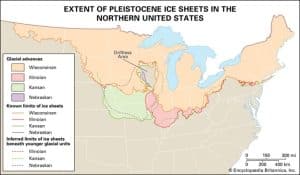 . So how did they get to the northeastern United States, the Great Lakes region, and southern Canada? In short, they walked! Spotted turtles (along with countless other organisms) took advantage of the newly available habitats exposed by the glacial retreat. They weren’t picky – even marginal habitat was occupied for as long as it served their purposes. When you scale up from the little habitat patches here and there to a continental landscape, coupled with a turtle that exhibits a highly mobile nature, what you have is a stage set for rapid expansion and colonization. 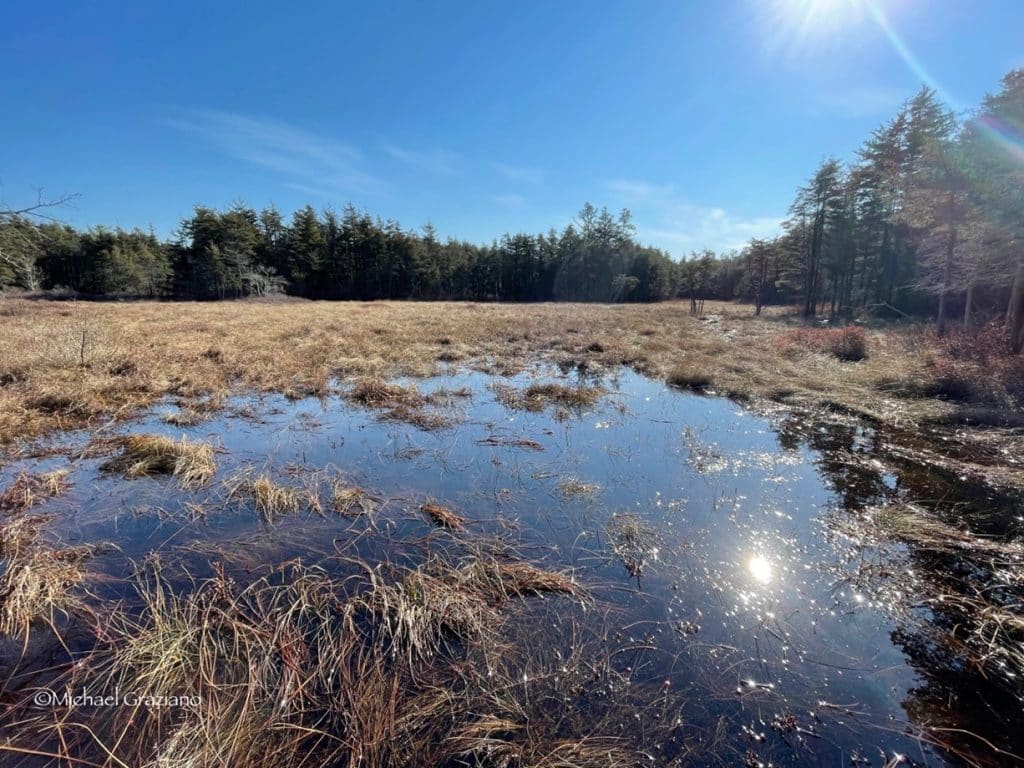 How does this behavior factor into the current plight of the spotted turtle? As mentioned earlier, their mobility is not only a secret to their success but also their Achilles’ heel. Spotted turtles are wanderers. While many individuals exhibit high site fidelity, they still move. They may overwinter in an ephemeral wetland, a shallow stream, or within the submerged roots of a tree. Upon resuming activity in the early spring, they begin to search for mates. 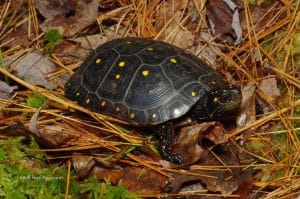 Males will wander from wetland to wetland, traversing forests, meadows, and roads to quell this instinct to reproduce. Fast forward to late spring or early summer, and now the females begin their search for nesting sites. This too takes them through forests, meadows, and across roads to quell this unrelenting instinct. Once reproduction has ceased, their focus shifts to foraging, which takes them on a journey of bouncing from wetland to wetland. This movement exposes them to frequent and often lethal threats, not the least of which is road mortality. Sadly, road mortality is especially prevalent in adult females as they search for nesting sites (which ironically are often adjacent to roads or trails).

Even when the threat of mortality resulting from movements of their annual life cycle is put aside, there are other anthropogenic threats. Obviously, collection for the pet trade is a serious threat, and many populations have been extirpated as a result of the activities of unscrupulous collectors. Scientists from the days of old, where collecting numerous voucher specimens was the way of the world, are also not without blame. 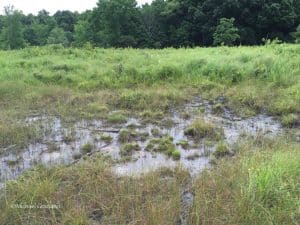 But there is another threat that many overlook – the development of habitat for ease of access by those seeking to be in nature. Being a wetland species, this development is often manifested in the form of boardwalks traversing wetlands to allow casual observers an opportunity to enjoy this ecosystem from beyond the edges. Unfortunately, this action often yields a tragic result as humans are not the only organism to utilize these boardwalks to access the interior of wetlands. Subsidized mesopredators – mid-sized predators which thrive in a human-altered environment such as raccoons (Procyon lotor) – also use these boardwalks to access additional food sources (which includes spotted turtles and their eggs).

So, herein lies the problem: both the secret to success and the silver bullet to conserving the charismatic, high-profile spotted turtle are found in behavior – both theirs and ours. Legally protecting a species is a good start, but not sufficient by itself. Protecting a single patch where that species occurs is also insufficient in maintaining a population. We have seen this in action, and it has failed. In order to foster a population, we must protect not only their critical habitat, but the habitat that connects it. We will have to commit to setting aside larger tracts of land encompassing a mosaic of habitats. This will benefit not only spotted turtles, but many other organisms. Further, we must encourage a change in narrative for protecting lands harboring threatened species: not all protected lands should welcome public access. Not all wetlands need a boardwalk bisecting them so that we are able to access the interior regions.

What does this all mean? What is the take home message from this reading? Organisms can be in the spotlight, they can receive protection, they can be given land to inhabit, but they are still essentially Life Overlooked. You have to look at the totality of the organism’s behavior in order to successfully preserve it. You can push the charismatic spotted turtle into the conservation spotlight and invest resources into preserving them, but if you overlook the seemingly menial aspects of their complex life history your efforts are likely doomed to failure. It is because of this that close observation and research on the local scale, like what The Biodiversity Group and its alliance supports, is of continued importance. 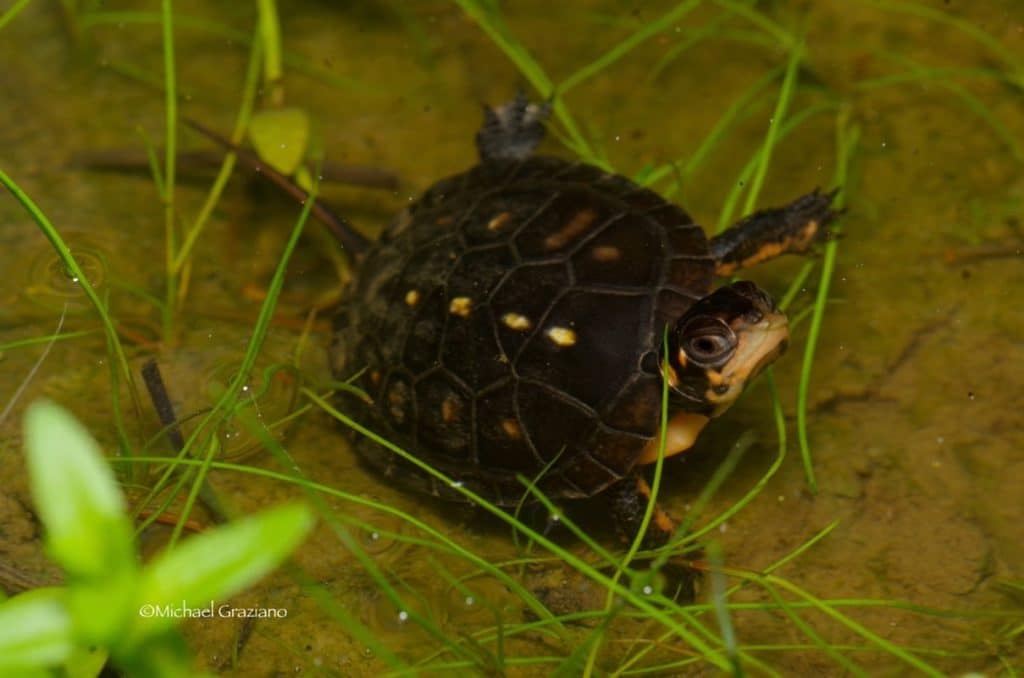